Application deployments dependent often on environment specific data like the name of a resource group, location or flags for certain use cases. Azure DevOps has the concept of variables which is a list of key/value pairs stored together with the release pipeline. This blog post shows how to use key/value pairs that are stored in Azure App Configuration.

Traditionally, we have set environment specific values in Azure DevOps under variables as shown in the image below. These key/value pairs are then accessible as environment variables on the agent machine. This works technically of course fine. What I think is challenging is the fact that we don’t treat these configurations the same way as other configurations. In a Java application we store configurations in .properties files, in NodeJS Web Apps we store them in config.js files - all together with the application code that is under version control.

Setting a variable as key/value pair in Azure DevOps 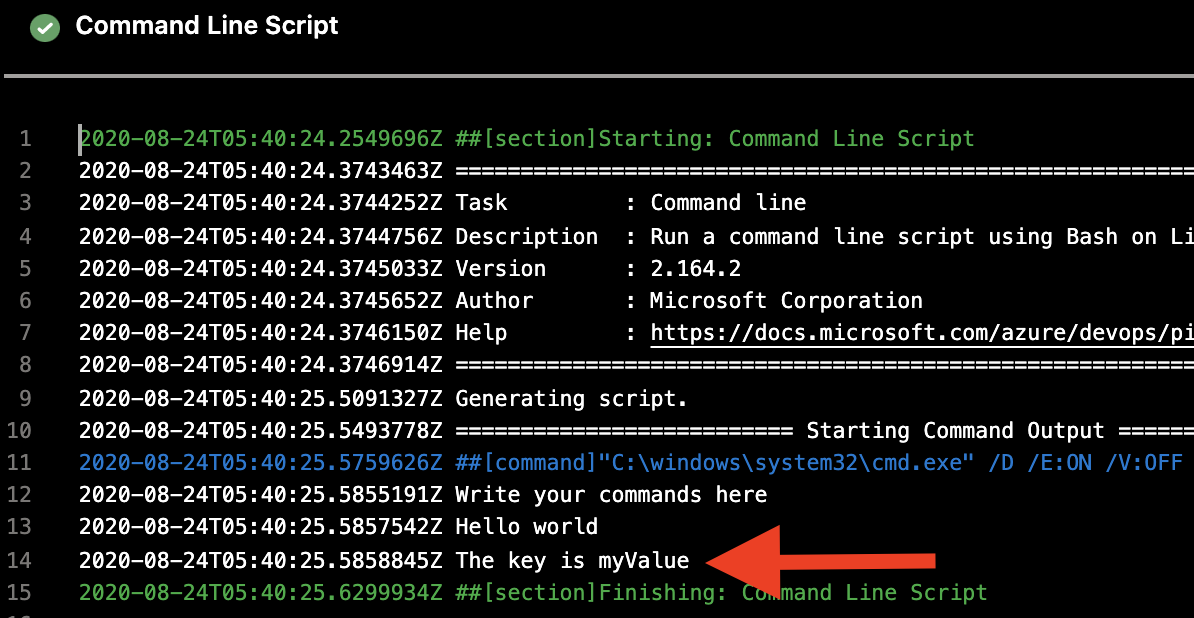 With this approach, we have the challenge of maintaining these variables in a developer-friendly way as they are not stored together with the. 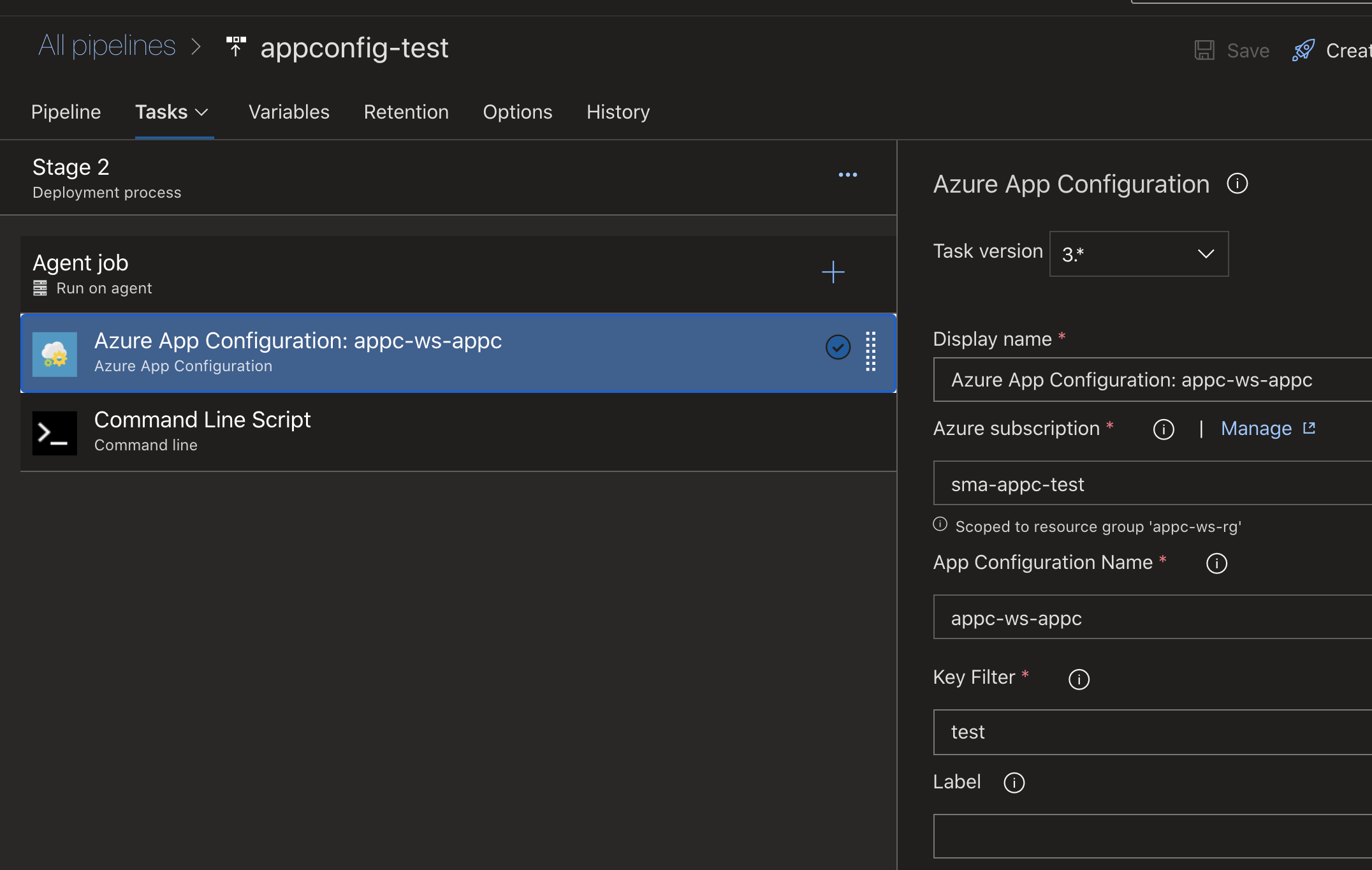 Now we a the task Command Line Script and print the key/environment variable $TEST. 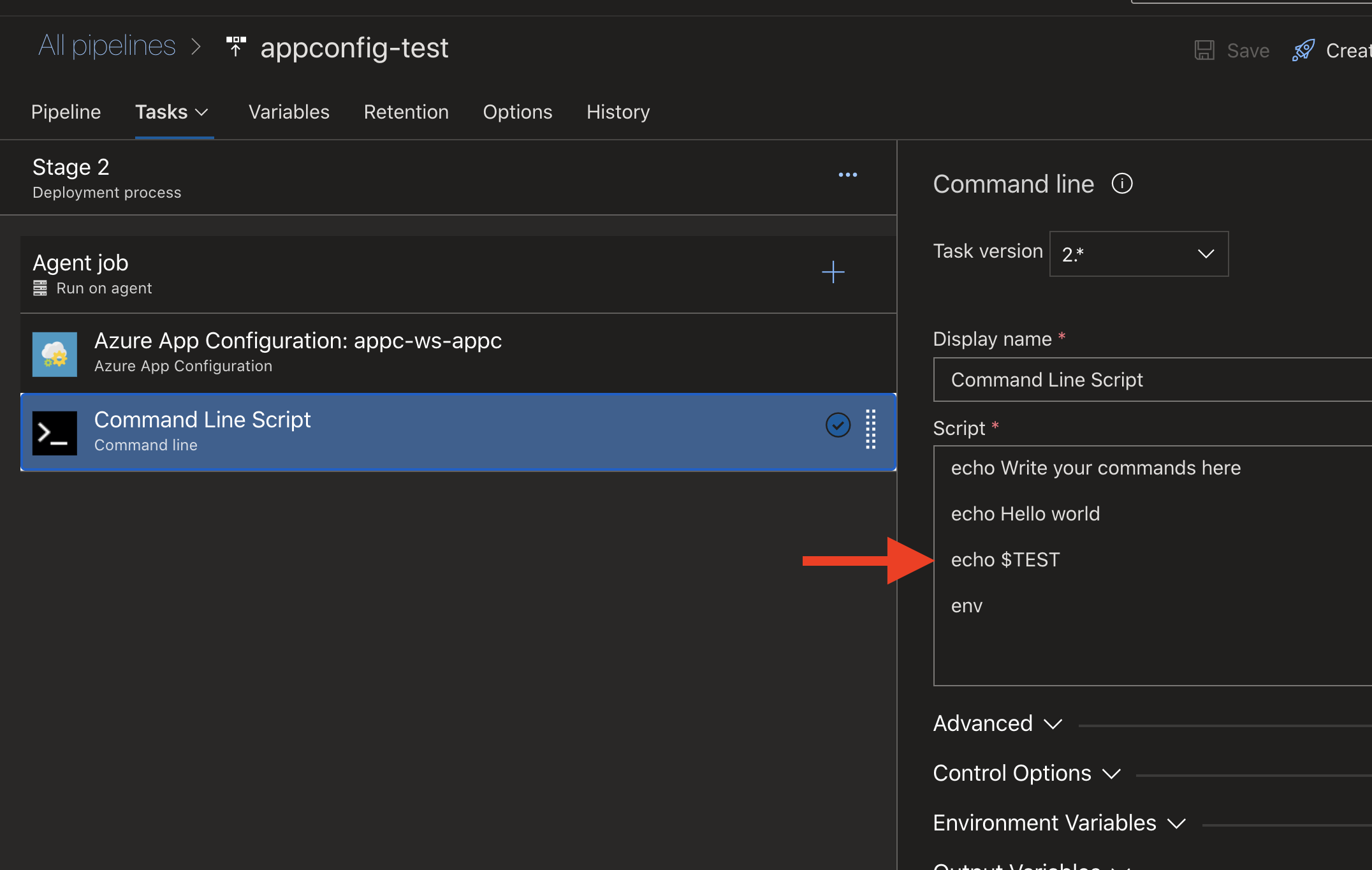 What we get might be an error. At least I got an error. The error is saying that we don’t have enough access rights to read from App Configuration. The service principle that is used by the service connection for Azure DevOps needs the role App Configuration Data Reader.

After I have added the missing role everything worked, and the value value is printed.

I talked in the beginning about configurations that are close to the application code. What we normally would do to deploy configurations to App Configuration is to synchronize with the repository in GitHub. More about this in a later post.